There are only a few countries that can carve a deep and lasting impression on tourists and travelers as the country of India does. Situated upon multiple layers of culture and history, it is probably one of the most unique countries in the world. With its vibrant colors, different sounds and extremely rooted culture, a trip there will surely leave you at awe.

If you are still contemplating whether or not India is a good place to travel to, here are 6 reasons that might convince you to take this inexpensive overseas trip. 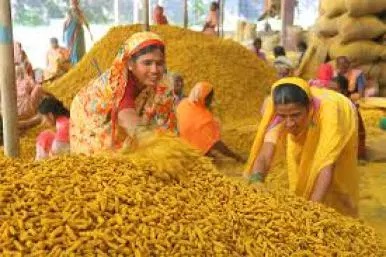 Even if you are not a religious person, you will be amazed how this country has multiple diverse religions that have coexisted for so long. India is the birthplace of Buddhism, Jainism, Hinduism and Sikhism.

It is a profound experience to observe local people tackle their day to day rituals. As a traveler, you can come to this country to practice yoga, find personal spirituality and partake in ashram retreats. You can also visit multiple temples dated back to thousands of years ago.

India is exceptionally and historically beautiful because of its intact historical mosques, monuments, temples, palaces, forts and ancient ruins. Being the country that holds the record of one of the world’s oldest civilization, its sceneries and architectural styles have been influenced by numerous dynasties as well as the most recent colonial period.

What makes India a treasure trove for design enthusiasts is they hold the record of 32 UNESCO World Heritage-listed sites all over the country.

Who does not want to see one of the seven wonders of the world? Taj Mahal is the most iconic symbol of India and is one of the most famous monuments in the world. This palace was a memorial created by Emperor Shah Jahan to his favorite wife. This architectural wonder is considered to be one of the most beautiful temple ever built. Visiting this marble mausoleum should always be in every traveler’s list of destinations upon arriving in India.

In the northern Himalayas, you will find the Ganges River which runs 2,525 km in length. To the Hindus of India, it is much more than a river – this is their lifeblood. Aside from the citizens getting their sustenance of fish from this running bed of water, it also transports their prayers.

It is believed that the Ganges river takes their prayers to heaven and a dipping on its waters can cleanse the soul.

Locals take pilgrimage to this river to participate in crematorial ceremonies conducted on the river banks. Hindus believe that the dead body’s ashes washed away in the river escapes the rebirth cycle and secure their souls a seat in heaven.

The culinary output alone in this country is reason enough to visit it. Indians take their food very seriously and will serve nothing but the best for their guests. Just like their country, their cuisine is also very diverse.

In the north, you will find the most authentic, thick creamy curries. Foods like parathas, tandoori chicken and mutton rogan josh are completely different from the Indian dishes served in Indian restaurants in the West.

Northern dishes are mildly flavored and are heavily influenced by the Mughal and Persian style of cooking. This means, healthy herbs and spices such as cardamom, turmeric, ginger, fenugreek and white and black peppers are just about added to every single plate you have.

This is based on the ancient belief that spices like turmeric and ginger are healing agents to every disease. In fact, the history of these spices are now integrated tin modern medicine. You can easily find turmeric supplement and ginger tea sold as food supplements to support one’s health.

Southern India on the other hand has a very different take on food. The most common characteristics they have is their use of coconut milk and chili added to almost every dish. The dishes in the south are a lot spicier than the ones in the north. They are more famous for their seafood-based coconut curries and masala dosas.

On top of everything, Indian cuisine is probably the most vegan-friendly of all as they follow the Hindu policy of proper diet.

Southern India is a palm-fringed paradise. It is an ideal escape for the people from the North. While many of the beaches in India can get a bit crowded, there are new destinations and remote beaches in the south that are still in a pristine condition. All you have to do is ask some locals where to go.Two popular beach destinations are Palolem and Agonda.

No matter where you go in India, the feeling of adventure will always follow you at every step you take. Whether it be visiting ancient temples, trying out authentic Indian cuisines, or visiting beaches in the south, every place is always a new exciting experience.